Knauf is aware of the environmental impact of its business activities. As a manufacturing company, which relies on the processing of natural raw materials, Knauf has a great responsibility here. Therefore, we make every effort to proceed as far as possible with regard to resource efficiency and to limit the impact on nature.

Conversion to REA gypsum has saved more than 50 per cent of primary energy in production and more than ten million liters of diesel by rail transport. This measure is only part of a broad approach to climate-oriented transport logistics. Further building blocks are the planning of production sites in the immediate vicinity of the extraction plants ("plant at the quarry" or "at the power plant"), the utilization of load and route optimization of the trucks as well as the use of pollutant- And noise-reduced vehicles. Some of our plants have direct access to rivers or canals, in Great Britain and Northern Europe also to the North and East seas - in these cases the ship is delivered by ship. When selecting suppliers, we always pay attention to the shortest possible distances.
The carton for the gypsum sheets is served by rail: the roughly 1,500 tonnes of cartonboard correspond to around 60 truck loads. Our Spanish plants are very close to natural plaster cork, which is logistically very favorable. 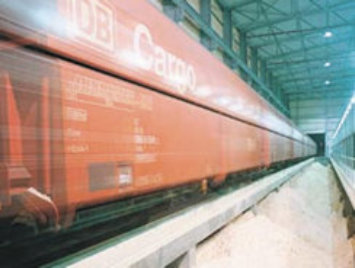 The recycling of gypsum sheets after use, ie after new or rebuilding or demolition / demolition, played no significant role in the plaster industry in the past, mainly because used slabs were not collected separately. In the UK, the gypsum industry, including Knauf, signed the so-called Ashdown Agreement in 2007, which in general claims industry to increase the recycling rate. However, since the entry into force of new landfills in April 2009, gypsum waste can no longer be disposed of at general landfill sites, but only in separate and protected landfill sites. The resulting higher costs have led to cost-efficient recycling solutions.
In Germany the Federal Association of the Gipsindustrie eV (BV Gips), under the leadership of Knauf, developed a concept for the recycling of "external" gypsum board waste at strategically important sites. The annual volume of recyclable gypsum plate waste is currently estimated at around 300,000 tonnes. The recycling concept of the German plaster industry will enable the entire waste volume to be utilized in the medium term.

A second initiative for the recycling of used gypsum sheets is the so-called GtoG project ("Gypsum to Gypsum") of the Eurogypsum European gypsum association. The project is funded by the European Commission with a project volume of around 3.6 million euros to 50 percent, bringing together 16 demolition and recycling companies as well as manufacturers, including Knauf. The goal is to increase the recycling quotas and to process up to 30 percent of recycled gypsum in new gypsum sheets. The European plaster industry has agreed to take the recycled plaster in a quality that is based on the quality criteria for REA plaster. Extensive tests have confirmed that the recycled gypsum can meet these quality requirements. This is mainly about the recovery of the plaster. 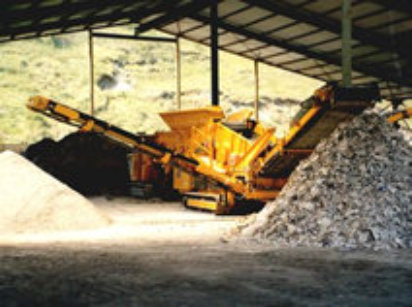 Knauf invests considerable amounts in environmental protection every year. These include occupational environmental protection at the sites, the restoration or recultivation of quarryed quarries, and ultimately the investment in preserving the substance of our plants. The issue of biodiversity alone requires a high level of commitment, among other things for the further training of the company in the company and beyond, as well as for reporting and public relations work in the field of nature conservation. Our graduate geologists are sought-after restoration experts and each year conduct excursions of schools and universities through our former mining areas. These comprehensive, largely voluntary services can not be measured financially precisely.

•Knauf is committed to reducing energy consumption in production in the long term and increasing energy efficiency in a continuous improvement process.
•All employees are committed to the achievement of company goals and actively participate in the implementation.
•Products and production processes must be tested for energy efficiency. Through its own initiative and close cooperation with customers and suppliers, Knauf is aiming to achieve an energy-saving production - as far as it is technically and economically justifiable.
•Suitable cost-cutting measures in the energy sector are designed to reduce costs and reduce emissions.
•The legal requirements are implemented quickly. 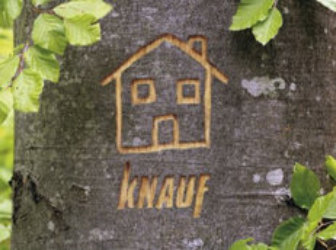