Building on over 20 years of experience in Egypt and nearly 90 years since the inception of the Knauf Group brand in Germany, Knauf Egypt is excited to expand its presence here in Egypt and the Africa region. Knauf Egypt was established in 1998, initially as a representative office for Knauf Group worldwide. From that simple beginning, the company has since constructed a turnkey gypsum board plant, located in the Ataqa Industrial Zone of Suez. With approximately 120 employees and annual revenue of 22 million Euro, the factory currently produces 15 Mio.m²/year in gypsum boards, ceiling tiles, gypsum plasters, metal profiles.

Aware of potential markets here in Egypt and the Africa region, Knauf Egypt is now expanding its current factory facilities, effectively doubling its plasterboard and plaster capacity, as well as adding a new Gypsum Tiles Plant. With an overall investment of 75 million Euros, self-financed through capital injection by the Knauf International GmbH and locally through the funds of Knauf Ltd. & Partner, the planned expansion is set to open in 2019.

Included in the Plant extension are the following:

Besides, this project includes the relocation of the workshops within the factory complex to create a working space of 520 m² in total, and the creation of new loading roads, 18m in width, for double-sided loading. In 2016 Knauf Egypt began the process of locally sourcing materials required in its production processes. Steel, fiberglass, glue and liner products are now sourced within Egypt, directly contributing to the development of Egypt’s economy and reducing Egypt’s trade deficit.

With the increased productivity provided under this new extension, Knauf Egypt will now be able to better serve Egypt and surrounding counties. Plans include Knauf Egypt directly exporting raw materials to other Knauf plants in the region. For example, Knauf Egypt already exports Kandil Steel silt 0.6 HDG steel for drywall profile production to the Knauf plant in Tanzania. Kandil steel exports to Tanzania are currently around 200,000 Euro per year. Additionally, Knauf Egypt plans to expand sales of plasterboards into Ethiopia Madagascar, Sudan, Uganda, Libya, Nigeria, West Africa, Kenya and Syria, and sales of tiles into Uganda and Sudan upon the completion of the plant expansion. 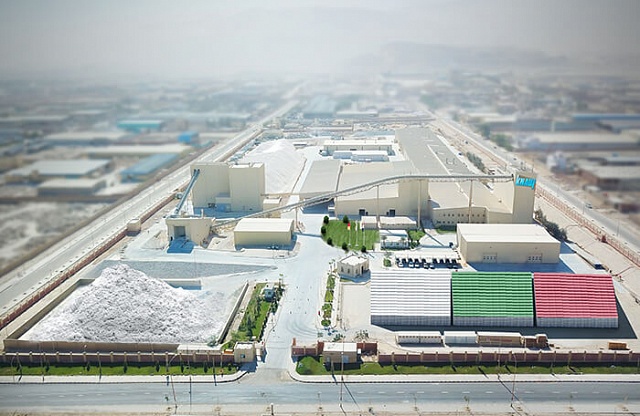